What do you get when a man's sperm coordinates with a lady's egg? With a lot of good fortune, you inevitably get a sound, typical infant. At the same time suppose it is possible that you're not all that fortunate. What do you do with "muddlings?" Well, Ambra's begun an exchange about premature birth for the sole purpose of "sparing" a youngster from a low quality of life in the event that its found early that the kid is physically damaged. What's more in an altogether different post, Avery recounted an extraordinary story yesterday of how he grew up and the little decisions that he made that've put him on his present way. In my commets at Ave's, I said a little hypothesis I'm half-believin in these stupor and its tangentially identified with Ambra's issue. 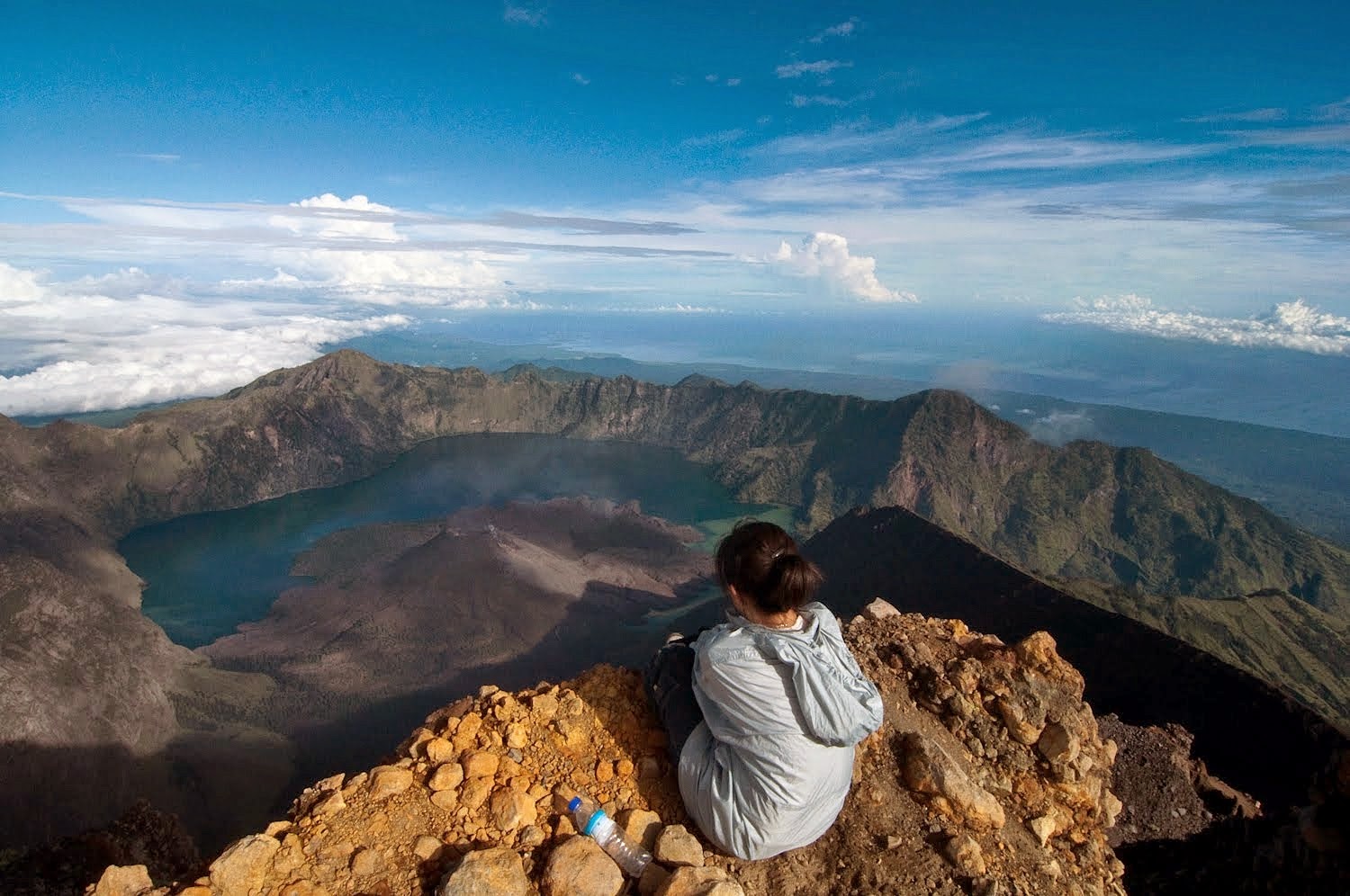 I'm not so much going to get profound into Ambra's case at this time. Suffice it to say, I think its an inconceivably troublesome choice once in a while. In the event that somebody's choosing a fetus removal in light of the fact that their infant has a deformed finger (or maybe an additional one or whatever), that is a breathtakingly triviality and criminal waste of life. Be that as it may imagine a scenario in which it were something more extreme, in the same way as spina bifida or the like. One of my closest companions had a circumstance fundamentally the same a few years prior and they chose to prematurely end. On the off chance that memory serves, it was on account of the infant was diagnosed with Down's Syndrome. They've since had two solid infants, however my mate was communicating some regret over that premature birth choice simply a day or two ago.

You need to live with that choice whatever is left of your life. I'd like to think, it'd take a great deal more than DS to make me consider fetus removal. Like Ambra says, its a genuine test of standards; maybe it may be more a challenge of standards and how you prioritize them.

As to's circumstance, he was stating that however his mother was a solid positive impact on him, his decisions were his own, made of his own through and through freedom. I was assuming that maybe he had minimal decision whatsoever. Maybe his prepared in inclination when he exited the womb was such that he would be the sort of individual/youngster to respond well to his mother's sort of urging. What I'm fighting here is that life may be an arrangement of "mischances" that either fortify your natural inclinations or stifle them. By mishaps I mean regarding who you are destined to, the individuals you experience in life, and so forth. There are a million and one components out of our control. Is life pretty much an inquisitive mix of inclination and destiny?

Maybe there are common conceived executioners wandering the roads at this moment, however they don't express those propensities on the grounds that they grew up with impacts that happened to check those proclivities. On the other hand what about the one child who gets teased by his father however takes the ribbing in stride, ready to chuckle at himself, versus a sibling or sister who gets the same teasing, yet who runs off wailing, quietly vowing to one day wound the old man in his slumber. Why does one kid settle on one "decision" and the other one so altogether different? Why aren't "great" decisions evident to all? Doesn't speculation toward oneself imply that everybody would select in (say) Harvard and live the white-picket wall dream?

That being said, in any case, how I kinda mix those two fine presents together is on say that one takes a gander at physical imperfections and I sorta compare the other to mental/enthusiastic deformities (alright, that is a true, looong stretch - Avery wasn't discussing that whatsoever, yet I've horrendously wound it to fill my needs here). Conceivably, what is required is the right child rearing style for the temperment of the child in the womb. Yet imagine a scenario in which it were conceivable to recognize servere identity issue before conception. Is that motivation to prematurely end, as well? I can without much of a stretch envision a contention where identity issue is a significantly more paramount attention than a physical deformity in the matter of personal satisfaction.

On the off chance that you get a chance, please lease the motion picture Gattaca (Jude Law, Uma Thurman and Ethan Hawke - Blair Underwood and Maya Rudolph are in it as well). It's excellent. Bring tissues.
Posted by Kimberly James at 03:27 No comments:


A meme is "an idea, behavior or style that spreads from person to person within a culture." A meme acts as a unit for carrying cultural ideas, symbols or practices, which can be transmitted from one mind to another through writing, speech, gestures, rituals or other imitable phenomena. Supporters of the concept regard memes as cultural analogues to genes in that they self-replicate, mutate and respond to selective pressures. The word meme is a shortening of mimeme and it was coined by the British evolutionary biologist Richard Dawkins in The Selfish Gene as a concept for discussion of evolutionary principles in explaining the spread of ideas and cultural phenomena.

Examples of memes given in the book included melodies, catch-phrases, fashion and the technology of building arches. Proponents theorize that memes may evolve by natural selection in a manner analogous to that of biological evolution. Memes do this through the processes of variation, mutation, competition and inheritance, each of which influences a meme's reproductive success. Memes spread through the behavior that they generate in their hosts. Memes that propagate less prolifically may become extinct, while others may survive, spread and mutate.

Memes that replicate most effectively enjoy more success, and some may replicate effectively even when they prove to be detrimental to the welfare of their hosts. A field of study called memetics arose in the 1990s to explore the concepts and transmission of memes in terms of an evolutionary model. Criticism from a variety of fronts has challenged the notion that academic study can examine memes empirically. However, developments in neuroimaging may make empirical study possible. Some commentators in the social sciences question the idea that one can meaningfully categorize culture in terms of discrete units, and are especially critical of the biological nature of the theory's underpinnings others, including Dawkins himself, have argued that this usage of the term is the result of a misunderstanding of the original proposal.
Posted by Kimberly James at 06:57 No comments:

The genus Aztekium contains only two species of small globular cactus. Discovered in 1929 by F. Ritter, in Rayones, Nuevo León, Mexico, this genus was thought to be monotypic (with Aztekium ritteri) until a second species (Aztekium hintonii) was discovered by George S. Hinton, in Galeana, Nuevo León in 1991.
Posted by Kimberly James at 05:09 No comments:

It's full and complete. Excellent. He still refuses to apologize for purposely turning out the lights without notice. It's not going to happen. The Ego lives.

Posted by Kimberly James at 05:42 No comments:

Let me clear my throat. I make my inaugural post only three days removed from the Dave Winer incident. There've been other incidents (some legit, some not so much), but this one has to take the cake. Not cool by any stretch.

Dave's been hard at work since. To wit (from this morn's post):
5AM Eastern. We now have a transition plan for the corner-turn, and have implemented most of it. The plan exceeds the commitment I made, by quite a bit; and will be implemented much sooner than promised. I'm writing the heads-up statement right now. The outage should be, Murphy-willing, completely cleared by the end of the weekend.


I don't know why I'm always amazed at outsized egos, but I am. It's totally, like, kewl that he's been busting his hump to resolve the situation more aggressively -- one can't help but think it has a lot to do with the recent roasting from all over the blogsphere (check blogdex or popdex)-- but the ego still hangs in there.

This stuff reminds me of sports stars who describe any and all heinous acts as a "mistake." Dave (and friends) calls this situation a mere "outage." He refuses to get it. Doesn't an outage generally imply something accidental? Of course in a true outage you can only alert folk after the fact. Ahh, so is that the way out? Imply with all your might that it was an accident? Par for the course, I suppose. Why own up when you can always change the subject.

Posted by Kimberly James at 05:18 No comments: